Today marks an atypical anniversary, a day to reflect about acts of honesty born of selfishness. Let’s rewind a bit, though.

Nine years ago, at my college graduation, my dad asked if I’d move to Houston to take care of my old man. I laughed, whined about humidity, and promised to visit often after landing a great job in San Diego.

We then, unknowingly, took the last photo we would ever take together, just the two of us. After that, he went on radio silence for six years.

Three years ago, today, he broke that silence and called to tell me he was sick, Stage 4 lung cancer. It was then I realized he knew, that day, nine years ago. This man, who had given me everything and asked for nothing, reached out for help for once, and I turned him away.

Growing up, my father lived alone and away from the family, so naturally, I thought he preferred it. My selfish moment of honesty seemed harmless at the time, but I still feel pangs of guilt and regret, fruitlessly playing through the what-if scenarios. However, I have come to accept that he too made a choice, a selfish, but honest one. Did our choices forever haunt one another? Perhaps, but were we wrong? No.

Humans, as good as they can be, have selfish needs and sometimes, to prevent resentment, the most selfless act is to be honest about those needs. The consequences may hurt, but I’m finding again and again that, not only is it human to be selfish, but, sometimes, it is the best policy. 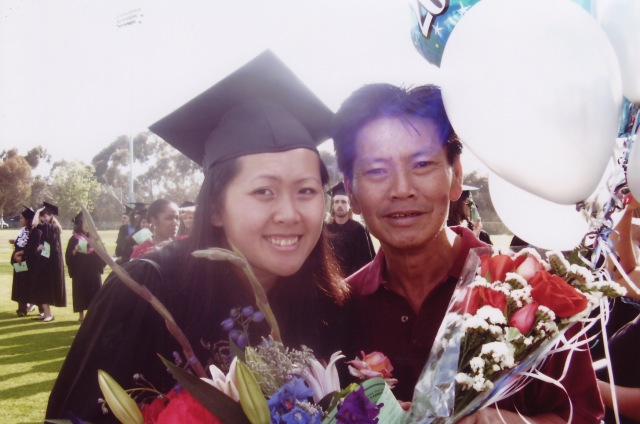